Dog Almighty is run by Rachel Smith.  She started dog walking professionally in 2007, after leaving a career in education and teaching, to spend more time with her own dogs.  Over the years she has developed a holistic approach to dog care, focusing on modern force free training; behavioural issues; mental stimulation; breed specific requirements; injury prevention and rehabilitation; physical/medical issues; rescue dogs; sporting dogs; canine law; health and nutrition.

Each long walk with Rachel will take in the sights, smells and sounds that every dog loves — fields, water and woodland will ensure your doggy is in seventh heaven!  Dogs can enjoy the freedom of running free and enjoy play and socialisation with other dogs.  You can relax, safe in the knowledge that Rachel’s skills are used to create an encompassing care package – with action packed, energetic, varied and stimulating walks!

Rachel had run a website to promote here business for many years (since 2009).  The content and design, which had been tweaked little a bit over the years, was very dated.  More importantly the site didn’t work too well on modern devices, such as mobile phones, and was penalised in Google searches because of this.  She now has a modern website built using WordPress and sufficient knowledge to keep it up to date on a regular basis in the future.

Headway (Preston & Chorley) aim to provide a wide range of support to meet the individual needs of people with an acquired brain injury, their families and carers. They also promote awareness of acquired brain injury by means of information, advice and training throughout our local community.

Headway Preston and Chorley began meeting in June 2010 and following a number of meetings, it was decided that Headway Preston & Chorley should be established and based in Preston. A Committee of professionals from legal, financial and rehabilitation backgrounds, family members and people who have an acquired brain injury was formed.

They’re based at PNE stadium like Heartbeat NWCC, another local charity that we work with.

We recently published a newly created version of the Headway Preston & Chorley website.  The website can be edited by Headway’s staff and is built on the popular WordPress open source content management system (CMS). We were engaged to help Headway rebuild their website to help improve the charity’s profile and take advantage of some funding available for the project. AWP Computer Services also helped Headway with some basic WordPress training, so the staff who currently work on the website had a better understanding of the editing process.

SSDs do not have any moving (mechanical) components. This sets them apart from traditional electromechanical magnetic disks, such as hard disk drives (HDDs) or floppy disks, which contain spinning disks and movable read/write heads. Compared with electromechanical disks, SSDs are typically more resistant to physical shock, run silently, have lower access time, and less latency. However, while the price of SSDs has continued to decline over time, consumer-grade SSDs are still more expensive per unit of storage than consumer-grade HDDs. 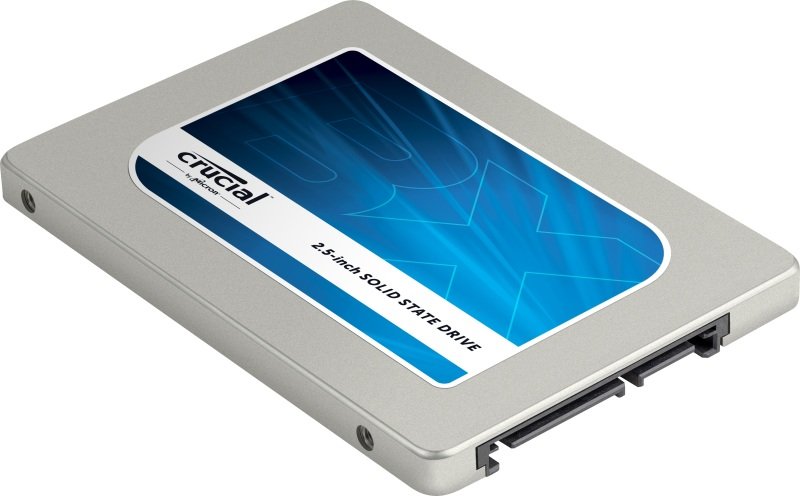 If you’re happy with your current computer, have everything the way you like it, and have all the programs you need installed, fitting an SSD can give the convenience of keeping everything exactly the way is was before except from the fact that the device will work many times faster.  Where you have now probably become accustomed to sitting around waiting for things to load, a computer with an SSD fitted will seem to be responding to your requests straight away.  This should make your time spent on the device much more productive!

SSD drives can read and write information up to ten times as fast as a traditional mechanical HDD, and in some cases up to 15 times, which can give your system performance benefits.  As an example, we fitted a Crucial (brand) SSD into a (about) 4 year old HP Pavilion laptop, which had recently upgraded to Windows 10.  From power on, through log-on to actual use the device was taking in the region of four to five minutes to start up.  After fitting the SSD this process was taking just a few seconds over one minute.  In actual use after that the system was very noticeably quicker (applications opened mush quicker and files saved quicker etc.)

As previously mentioned, the price of SSDs has continued to decline over time, consumer-grade SSDs are still more expensive per unit of storage than consumer-grade HDDs.  However, the nature of computing is changing (particularly in the area of file storage) with many consumers chosing to store their data on external hard drives or uploading them to ‘the Cloud’.  This means that is may be possible to consider reducing the size (storage capacity) of the new SSD compared to the size of the old HDD.  This will ultimately mean that the cost of the new SSD will be significantly reduced.

Upgrading to an SSD

Upgrading your computer from an old HDD (Mechanical, magnetic disk Hard Drive) is a relatively straightforward process.  You can either reinstall the Operating System, such as Windows, onto the new SSD if you have access to the original installation media or take the information exactly as it is from your old HDD to the new SSD by a process of duplication known as ‘cloning’.  SSD manufactures often bundle new SSDs with cloning software, but this can be tricky to use in practice.

In our opinion it is more effective to carry out the cloning process by attaching both the old and new drives to a totally separate system, as opposed to attaching the new hard drive (via USB caddy, or similar) to the original computer.  This gets around problems of file locking, where system may not give access permission to the necessary files.  Having access to a totally stand-alone computer for the process may not always be an option.

If you are upgrading a laptop then generally the casing for the new SSD will be exactly the same size as the original HDD, and the connections the same (SATA standard).  This makes the physical swap very easy.  In same cases your original disk may be a few mm (millimetres) thicker than the new one, but manufactures often supply a spacer.  Conversely, when installing the smaller SSD into a desktop computer you may have to consider a cradle or caddy to hold the 2.5 form factor disk in the space normally occupied by a 3.5 form factor disk.

Please feel free to give us a call on 01772 698078 or contact us through our web site if you need any advice or would like us to do the upgrade your you.

We normally fit Crucial SSD drives and the 250Gb fastest read/write speed model we have been fitting currently retails at about £80.00.  This means that work can be done for £140.00 dependant on collection/delivery options.

For more information and hardware prices we can recommend looking at SSDs on the EBuyer website:

The new MAD First Aid Limited website went live on Friday (16th October 2015)! We’ve been working on it with the during the last month.

M.A.D. (…which stands for Make A Difference) are a first aid training company based Walmer Bridge who deliver courses all over the North West of England.

The site is based on a popular CMS (Content Management System) called WordPress, which means that MAD First Aid’s staff can modify existing information, add new content and change the layout easily through a web based dashboard.  They previously had a website linked to a CMS, but they found it quite limiting when trying the make anything other than basic text content changes. The layout is based on a third party WordPress theme and is a Responsive Web layout that is designed to make the web pages look good on all devices (desktops, tablets and smartphones). Responsive Web Design is about using CSS and HTML to resize, hide, shrink, enlarge or move the content to make it look good on any size screen. This was an important part of the design brief, as M.A.D. First Aid wanted to ensure that there content was easily available on all devices.

Be taught by medical professionals. With the right training and support provided by M.A.D. First Aid’s dedicated team you will have the confidence to Make A Difference in a time of need.

The new Broad Oak Primary School (Penwortham) website went live yesterday! We’d been working on it with them during the summer – whilst the children were on their holidays!

The school had been using a Joomla! content managed website, but the software version was about 6 years old and had become difficult to secure. We discussed the possibilities of an upgrade, but opted for a brand new site on a new system.

The site is based on a popular CMS (Content Management System) called WordPress, which means that School’s staff can modify existing information, add new content and change the layout easily through a web based dashboard. The layout is based on a third party WordPress theme and is a Responsive Web layout that is designed to make the web pages look good on all devices (desktops, tablets and smartphones). Responsive Web Design is about using CSS and HTML to resize, hide, shrink, enlarge or move the content to make it look good on any size screen. This was an important part of the design brief, as the school wanted to ensure that there content was easily available on all devices.

Broad Oak Primary School was established on Pope Lane in 1982, serving the local catchment area and offering a primary education to children aged 4 to 11.